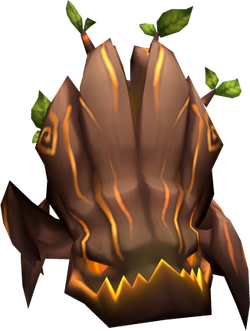 A render of the Sage Oak Trunk

Monsters inhabit the MilMoverse just like players and interactive NPCs. Monsters are hostile NPCs that will walk around the area and attack the player if they get too close and deal an amount of damage (shown as Hearts

). Each different type of monster has its own funky characteristics that make them unique from others in the game.

Monsters are found all across the MilMoverse and in all Adventures. They are usually found roaming among other monsters, and different monsters prefer different environments. Sordid Onions like boggy, swampy areas, whereas Beach Crabs prefer the long sands of the coastline. 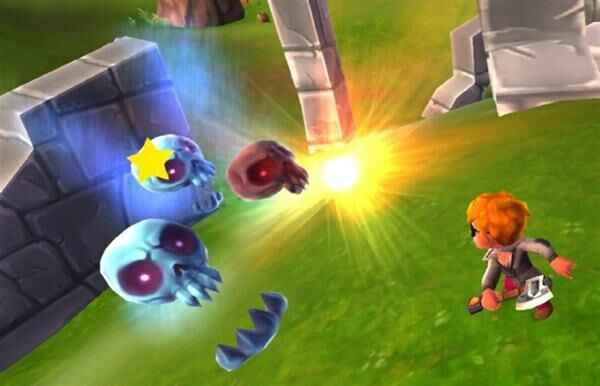 The majority of Monsters spawn in small packs of around five to ten per 'spawn area'. There may be more than one spawn area of a particular Monster in an area, and these areas are in fixed locations. When the monsters are defeated, they give Gems, Experience, Ammunition (Cells and Arrows) and sometimes Items, such as Iron Scrap Converters. Defeating monsters are vital for completing Quests and conquering Medals. Alien Ruins and Chat Rooms are one of the areas where no Monsters spawn. This is known as a peaceful area.

Players cannot force or command Monsters to respawn but instead must wait for them to respawn naturally. Most Common Monsters respawn after a few seconds, whereas rarer Monsters such as Imagination Devourers appear occasionally after defeating a lot of Monsters of the same species. 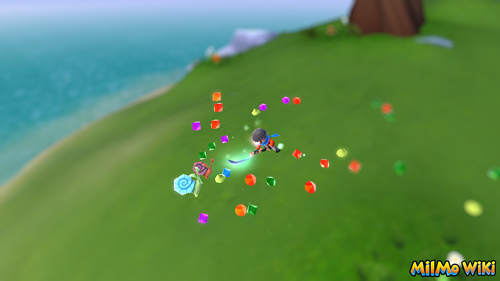 Snails being defeated on Kraken Island.

Monsters pop up from the ground when spawning, and when Monsters are knocked out, stars and light effects appear near the monster which then flashes red and becomes smaller.

Unlike Monsters, most Creatures are passive, and they can only be captured with a Net. These include Scarabs and Butterflies. Bees and Corrupted Butterflies will attack the player just like normal Monsters, but they both require to be caught with a Net.

There are some Special Monsters in the game, and they usually have a lot more health than a normal monster and spawning and beating them can be difficult and quite time-consuming. 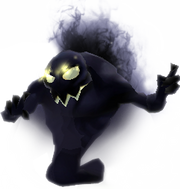 An Imagination Devourer in its adult state.

Bosses are big, aggressive monsters that offer a challenge to players. They have several types of attacks and abilities and much more health than normal monsters, but they have unique rewards.

These monsters only appear under special circumstances.

These are monsters that only appear in MilMo during Events.

Corrupted Monsters are stronger versions of normal monsters, they can be recognized by their dark auras. They have a small chance to appear after killing a normal monster of their type.

The following monsters are summoned by Bosses.

These monsters spawn regularly through the MilMoverse.

The following Monsters were removed/disabled from the game.